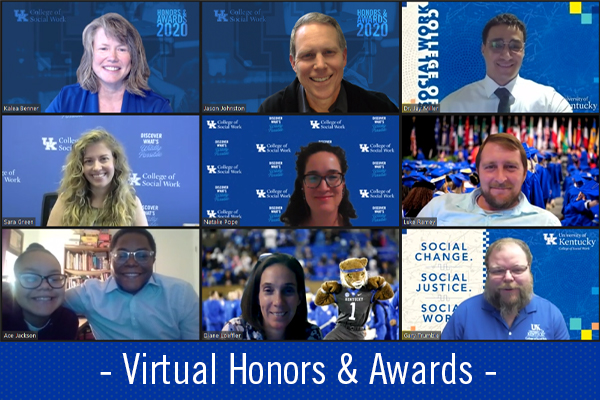 While students around the globe are wrapping up their finals and preparing for graduation, the platform for recognizing students, and their accomplishments, has shifted.

In April, the College of Social Work (CoSW) held the 2020 Honors and Awards Ceremony. The ceremony, which occurred virtually, was live-streamed on YouTube.

To finish the semester at such an unprecedented time is truly commendable. Please join CoSW in congratulating all of our students for an outstanding semester and THANKING all those who made their journey possible.

CoSW faculty and staff celebrated the accomplishments
of BASW, MSW, and Ph.D. students during a virtual
2020 Honors and Awards Ceremony.