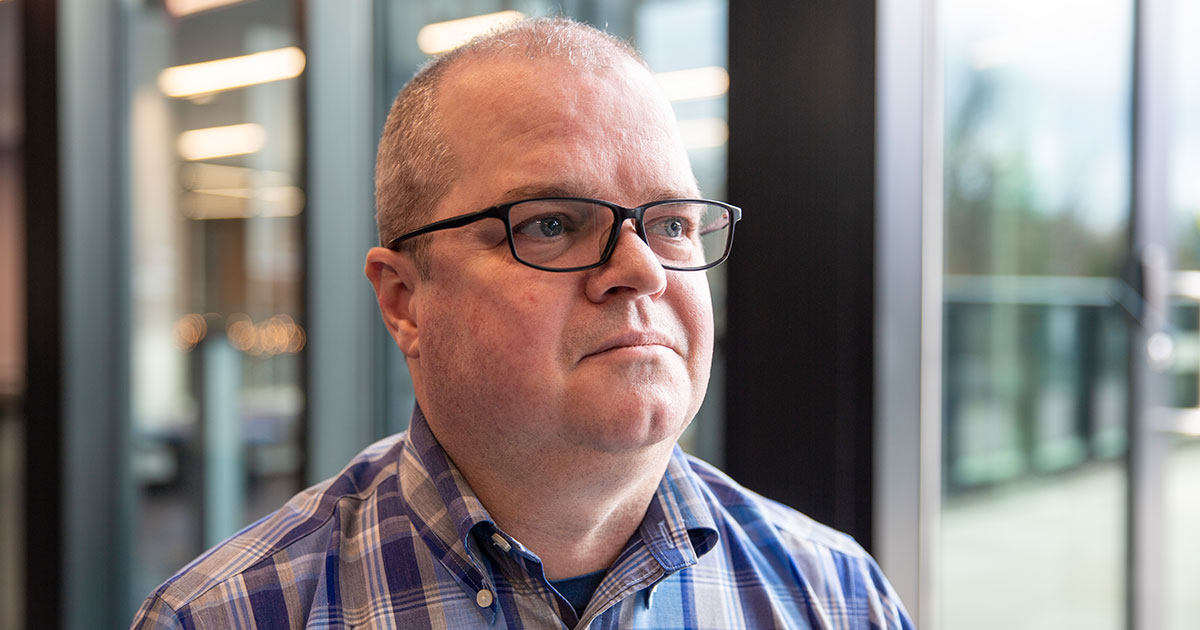 From the Marine Corps to the Front Lines of Social Work: James Watts, PhD, Class of 2022

At 3 a.m., James Watts found himself awake and at work treating a patient who had attempted suicide. Watts, a mobile crisis team member, had been engaged in emergency mental health interventions at ERs, regional facilities, and treatment homes for years. But this time was different.

“I have seen thousands of people in my career—assessed them, hospitalized them, treated them. And I was kind of curious, after treating people who have had depression for so long, what was the difference in this guy’s life that motivated him to try to end it,” Watts said.

A husband and father of three daughters, Watts is a Marine Corps Veteran and has served in Veterans Affairs for more than a decade. But that night and the question of “why” gnawed at him. He spoke about the issue with those around him, from his wife to his colleagues. Their advice? Answer the call and return to school.

Still on the fence, Watts took a class at the University of Kentucky College of Social Work to see if the Ph.D. program would be a good fit. “That’s how they get you!” Watts said. “I felt welcome the first day.”

As a midlife learner returning to the classroom, Watts credits his support network with his success. From his mentor in the Ph.D. program to his dedicated advisors and his wife, Watts had the help he needed to get through the rigorous coursework and long days.

Through his research, Watts explored rural veteran suicide. He examined the differences between the personalities and methodologies of urban and rural veterans that die by suicide. For Watts, who calls the Eastern Kentucky coal fields home, the mission was critical.

A key focus of his study was been looking at the culture of guns in rural areas as it relates to suicide. Guns have a high degree of mortality; 85 percent of suicide attempts with a firearm end in death. Watts believes more research into understanding this issue is crucial for prevention. “As a clinician, we may be able to intervene earlier and not only prevent suicide but also diminish the suffering that comes before suicide,” he said. “Research feeds clinical care–how we do what we do when we do it.”

Watts was recently promoted to Associate Director for VA Lexington Health Care which includes Central Kentucky and the Eastern coal fields. And, as of December 2022, he was able to add “Dr.” to his title.