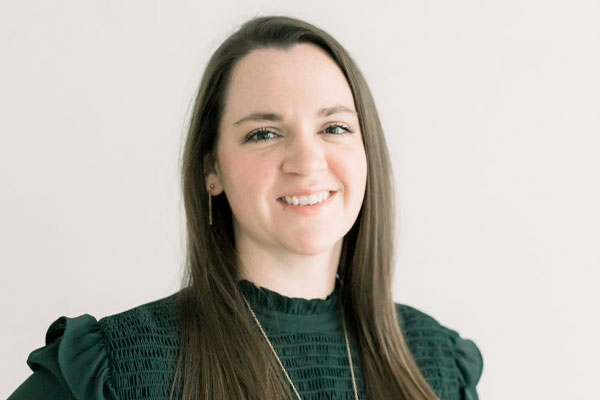 Mollie Cole has been working as an Adoptive Parent Liaison (APL) for ASK-VIP for two years.

When she was still fairly new in the Adoption Support for Kentucky Virtual Interaction Program (ASK-VIP), she was approached by the director to fill in as an ASK-VIP-Pilot facilitator due to some last-minute staff changes. Her role as facilitator for the group was a great fit, and she soon found herself on a new path in life.

“After the great experience I had facilitating that pilot, I was asked to consider a VIP Specialized Support group for Transracial Foster/Adoptive families and knew I wanted to connect with other families in this capacity, walking a similar journey as myself,” Cole said.

For Cole, being the facilitator of the Transracial Foster/Adoptive Support Group (TFA) was built on her own experiences as a parent to children of another ethnicity. Since becoming a foster parent eight years ago, Cole had been searching for a place where she could open up about the struggles, rewards and challenges of being a transracial parent.

Looking in mostly online spaces, Cole began trying to learn and grow in the unfamiliar territory of transracial fostering, but found it difficult to learn, understand, and share with vulnerability in a group where she didn’t have relationships with the other members. It wasn’t until Cole found ASK did she find a place where she could truly flourish.

“This group has been different because it has been built on closer proximity to parents looking for the same kind of growth and answers, and the relationships I’ve built have fostered honesty and support in a way I haven’t experienced before,” Cole said. “Even as a facilitator, I’m learning and growing alongside the group members each time we meet.”

The Transracial Foster/Adoptive group first began as a pilot program. For 10 weeks, Cole said bonds, connections, and support thrived among the members, which created a strong foundation of honesty, humility, eagerness to learn, and encouragement to the group as they later began meeting monthly.

The members of the group share their challenges, questions, resources, and support with one another as they meet each month. Cole said she spends time each month gathering ideas to discuss if members don’t have concerns or things to share. However, most weeks the group members are waiting to come to the group and discuss questions or experiences they have, she said.

A typical support group meeting consists of introductions before Cole opens up the space for anyone to share thoughts, questions, or experiences they have had to discuss with the group. She also keeps a list of topics to discuss that are either directly related to common experiences of foster and adoptive families (trauma, behaviors, current events and their impact on families, etc.).

When Cole isn’t serving as the facilitator for the TFA group, she’s leading training groups as an APL. After introductions, Cole goes over the specific topic at hand, such as Bullying, Healthy Boundaries in Teenage Relationships and Healing After a Foster Child Leaves Your Home.

“I love having participants to ask questions and share during the time we are covering training material! While I have experience with many of the topics we (ASK) offer training in, I’m certainly not experienced with everything, and am not an expert of anything,” Cole said. “Hearing from others’ experiences and learning about resources they are knowledgeable about adds such a richness to our training time.”

She also tries to bring some laughter, hope, and positivity to each group she facilitates.

But each meeting, whether it is a support or training group, brings with it so many benefits – not just for those attending, but for facilitators like Cole as well. Through this process, she’s learned how to listen to the experiences of others as well as grow in her understanding of those who might be different from herself.

“The way I parent my children or facilitate an ASK-VIP group doesn’t happen in a vacuum nor is it compartmentalized apart from the rest of who I am. If I am growing in how I love and care for others; if I am learning to unlearn misconceptions and unhealthy beliefs, that all affects how I lead a training or support group,” she said. “I’ve learned that my success or failure in this area is connected to each part of me, and this holistic growth has changed me for the better.”

The best part is ASK-VIP allows for parents to connect with others for support and growth at their convenience, Cole said. Due to COVID-19 restrictions and safety, ASK-VIP expanded to offer trainings along with the support groups already in place. They can access both support and training from their home, while out of town in a hotel room, as they wait to pick-up their groceries, or as they walk the dog. There is a different level of comfort while being at home – wherever that may be. But it also allows people to connect no matter the distance between them.

“I’ve had families in one group join together to “meet” virtually, who would likely never have met in person. They lived on opposite sides of the state and more than five hours away from one another, but this space brought them together,” Cole said. “It really is accessible in a unique and different way than an in-person meeting can be.”