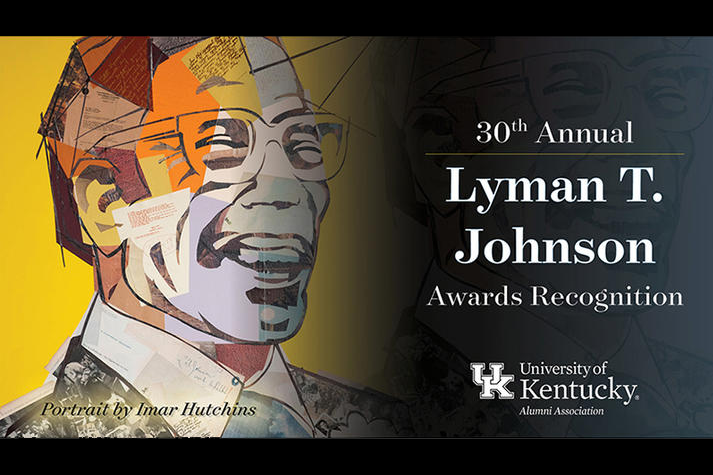 The College of Social Work (CoSW) is thrilled to announce two students who will be receiving the Lyman T. Johnson Torch of Excellence Awards.

Shawndaya Thrasher and 1st Lt. Shaniek Tose will be representing the CoSW during the 30th annual Lyman T. Johnson Torch Bearer and Torch of Excellence awards via Facebook Live at noon Monday, February. 1. The program honors and celebrates African American students and alumni from each college who epitomize the ideals of Lyman T. Johnson.

The UK Alumni Association Lyman T. Johnson African American Alumni Group, in partnership with the University for Kentucky Office for Institutional Diversity, host the event each year. This year, however, will look a little different due to the pandemic and will see the presenting of the awards in a virtual space.

UK’s academic colleges select African-American alumni whose faith, hard work, and determination have positively affected the lives of people on the UK campus, the city, state, or nation. These individuals receive the Lyman T. Johnson Torch of Excellence Award. These colleges also choose African-American students within their respective college whose academic achievement and ability to impact the lives of others would warrant them to receive the Lyman T. Johnson Torch Bearer Award.

Shawndaya Thrasher
Torch Bearer
Shawndaya Thrasher is a doctoral candidate in the UK College of Social Work (CoSW) and holds a master’s degree in social work and a master’s degree in criminology. Her research centers on understanding causes, contributing factors, and short- and long-term outcomes of child and adolescent bullying to inform policy, programming, prevention, and intervention efforts, with an emphasis on racial/ethnic differences. Her dissertation investigates racial/ethnic differences in adolescent health risk behaviors given earlier exposure of frequent bullying victimization.

Thrasher works as a research assistant with the Kentucky Cabinet for Health and Family Services, Division of Analytics, where she primarily
focuses on policy and research related to child welfare, family permanency, and family preservation services. With over eight years of direct practice experience with children and families, she has previously worked as a youth behavioral specialist. On-campus, she serves as a student representative for the CoSW Doctoral Program Committee, is a co-founder and officer of the CoSW Student Community Organization, was the advocacy chairwoman for the Black Graduate Professional Student Association, and recruited students from underrepresented groups.

Shaniek Tose
Torch of Excellence
1st Lt. Shaniek Tose was born in Saint Elizabeth, Jamaica, the eighth of 10 children. When she was six years old, her family immigrated to the United States and settled in Boston. She graduated from East Boston High School and went to Hampshire College in Amherst, Massachusetts, where she completed her undergraduate degree in 2010. While a student at Hampshire College, Tose completed an internship at Baycove Day Habilitation Center, which sparked her interest in social work and disability rights. She completed a multidisciplinary thesis in which she explored society’s treatment of individuals with disabilities and proposed a more holistic medical treatment model.

In March 2011, she enlisted in the U.S. Army as a combat medic and later became an electronic warfare specialist. In June 2018, Tose was selected to attend the U.S. Army/UK Master of Social Work program and received a commission in the Medical Service Corps. She is currently stationed in Schofield Barracks, Hawaii, as a clinical social work intern in the Family Advocacy Clinic. She is a member of a participatory action research group, which is developing publications based on topics such as sexual assault in academia and social work leadership.