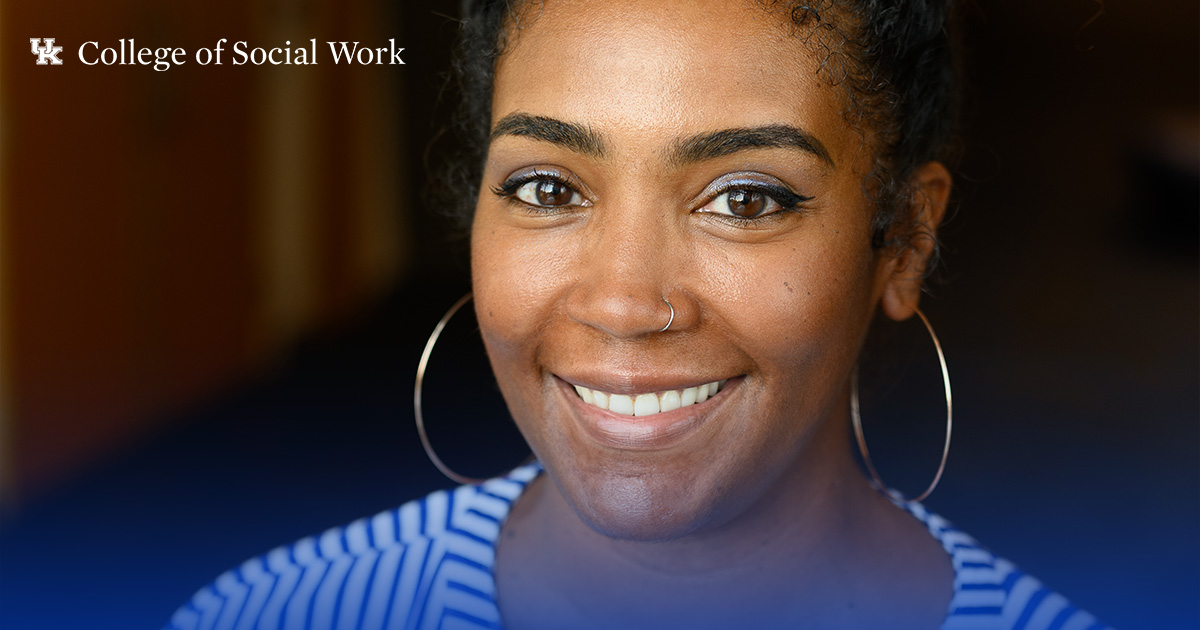 A heartbreaking encounter with a client was the catalyst for UK College of Social Work assistant professor Laneshia Conner, PhD, to pursue community-based research aimed at preventing HIV in older adults of color and ending stigmas around the disease.

“I was a practicing clinician and grad student working for a nonprofit in Atlanta, and we did a lot of community-based work. Some of my field visit clients were HIV positive, and everybody was 65 and older,” Conner said.

“I had one woman I was visiting monthly, and I was getting ready to leave her house. I gave her a hug because that’s just usually what I would do—it was a few years ago, before Covid protocols. She looked upset and so I asked what was wrong, and she said nobody touches me anymore.”

The revelation stopped Conner in her tracks. “She said it was because she was HIV positive and that bothered me. I kind of took for granted the fact that I know she can’t transmit it to me by a hug, but others may not have that knowledge.”

Medicine has made tremendous strides regarding HIV treatment in the last several decades, and affected people are often living longer with the disease. With people in the U.S. living longer in general, the aging population is also susceptible to STDs and STIs—and, Conner noted, there is a gap in awareness and education among those most at risk, particularly African American women.

“A lot of efforts we have around risk reduction are geared toward young people. We say get tested and use condoms, and that’s not working with older adults,” Conner said. “There are considerations around birth control that older women do not have, and we have seen an increase in HIV in older Black women. A large part of what my research aims to do is engage the community through educational workshops and measure the impact.”

Conner recently received funding to do just that, with an award from the University of Kentucky Building Interdisciplinary Research Careers in Women’s Health (BIRCWH) program. UK has been a founding member of National Institutes of Health (NIH) BIRCWH program for more than 20 years. Scholars are selected through a competitive application process and consist of junior faculty from across UK who have the interest and potential to establish their own funded research programs in women’s health. During the 12 months of the grant, selected faculty are expected to complete training in the ethical conduct of research, participate in seminars, and set the foundation to become an established, independent researcher in women’s health. This work will build on Conner’s previous research in the space, which has been published in the Journal of Women and Aging and the Journal of the International Association of Providers of AIDS Care,

“I am excited about being able to get into these communities and find out how we can do this better because the current model isn’t working,” Conner said. “I think different sites need different things, and I’m grateful that with this BIRCWH grant my team will have the potential to get out there, find out what will work and develop a sustainable model for helping people age better and live well.”

“The UK BIRCWH program has been integral to the success of a number of faculty over the past several years,” said Jay Miller, dean of the College of Social Work. “I expect that Dr. Conner will make great contributions to the BIRCWH network, thus amplifying the impact of her research and the research of those in the network around her.”