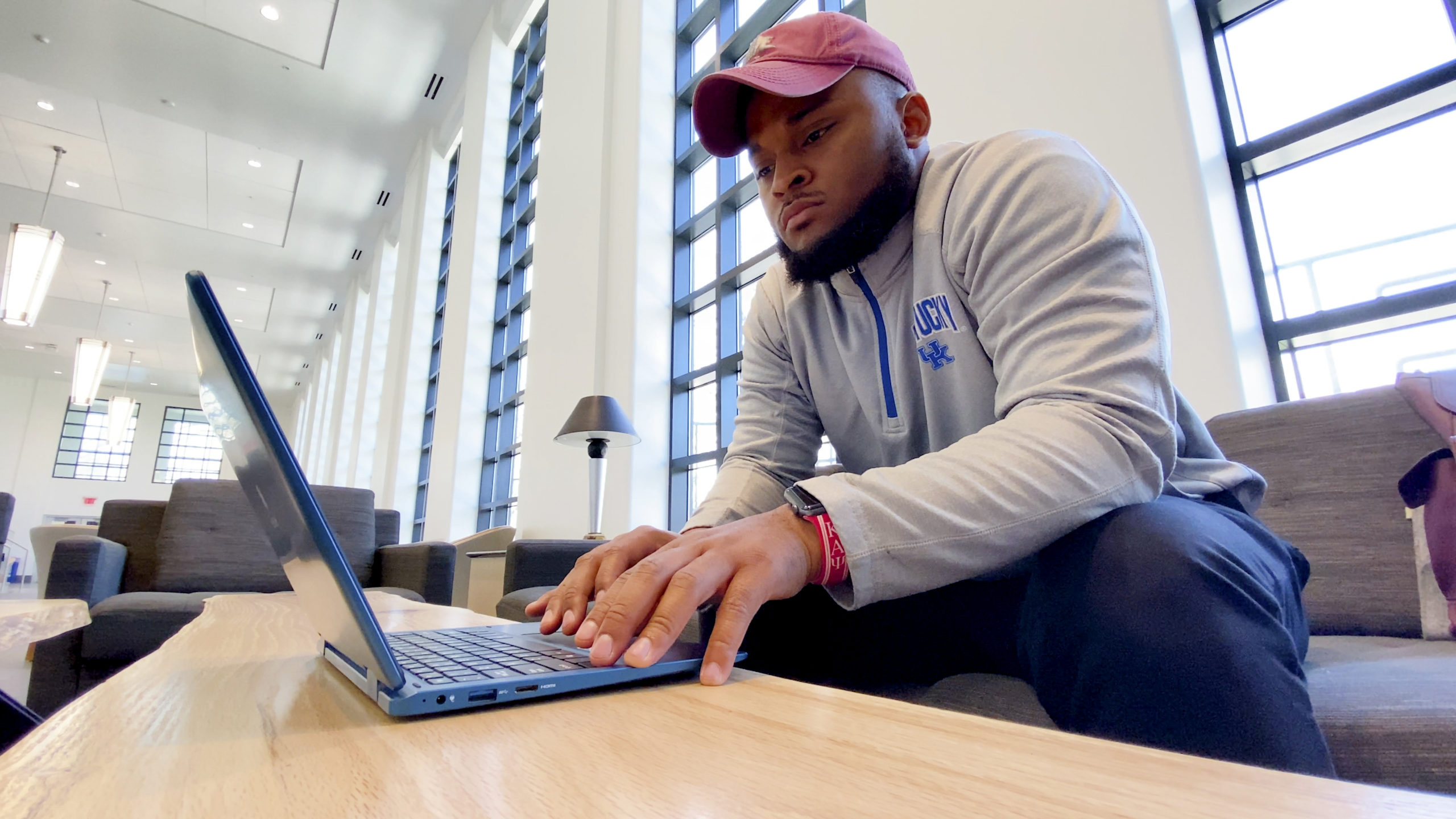 In life, there are wins and losses.

Instead, Tyran Price believes it’s what we gain from those experiences, and how you use them to learn and grow, that defines true victory.

Growing up on the South Side of Chicago he would watch, often feeling helpless, as unsolved problems became compounded — creating layer upon layer of troubles for other adolescents around him.

From a young age, Price knew he wanted to do more, be more — for himself and others.

As he navigated his teen years, then became a young adult, that desire to be a catalyst for change never subsided.

So, Price turned to education.

“I wanted to work in the field of juvenile delinquency — bring about change for those in the system,” he said. “I thought law school was the answer, so I took all the necessary steps to go.”

Price graduated with a bachelor’s degree in criminal justice from Iowa State University prepared to embark on “the plan” — until he began to question everything.

“I really thought about it and wondered, ‘can I change the mindset of youth by being a lawyer?’ And that’s when I really dug into social work.”

Price wanted to pursue a master’s degree at a university that would foster his passion to help troubled youth. Upon researching the Master of Social Work (MSW) program through the College of Social Work at the University of Kentucky, Price knew he had found that place.

“I was drawn to the program through Dean Miller,” he said. “Having a Black man in a position of leadership, I thought, maybe here I can learn how to expand myself and grow from a diverse group of people.”

Following his intuition, Price applied, was accepted and enrolled into the program — a decision he quickly realized he wouldn’t regret.

“My first class, I was sitting there thinking, ‘whoa,’ he said. “I just absolutely loved it.”

The rigorous MSW program includes options for an advanced-standing program (30 credits) and a regular standing program (60 credits) to give experienced social workers and passionate newcomers alike the practical skills needed to be effective in the field. The program is open to all undergraduate degrees and may be completed full-time or part-time, in either a hybrid or online format.

The MSW graduates have the highest clinical licensing pass rates in Kentucky and routinely score above the national average — making those who complete the program uniquely poised to enter a competitive job market. And in so doing, students will positively impact the lives of individuals, groups and communities around the world.

Throughout his time in the program, Price pursued the ultimate balancing act — applying himself in the classroom and in the community.

“I interned and worked at a family care center, interned at the Audrey Grievous Center and I’m the assistant wrestling coach at a local high school,” he explained. “Right away I connected with all the kids.”

Just as Price refused to let unfairness and inequality pin him down, he takes pride in helping Frederick Douglass High School students build confidence on the mat and in life.

“When a kid is upset, I have the awareness to say, ‘don’t worry about practice — let’s talk, and tell me what’s going on in your personal life,’” he said. “And it’s helped me be a better coach and a better person.”

As Price prepares to cross the Commencement stage with his master’s degree, he will use his UK education and experiences as he continues his never-ending pursuit to create change.

Price doesn’t claim to have the solutions to every problem facing today’s youth. But he knows those kids — the ones who have been overlooked and underestimated — are worth fighting for.

“I didn’t grow up in the suburbs with a rich family. I had to tell myself to stay committed, go to school,” Price said. “Now, I just use wrestling as a tool.”

A tool to achieve the ultimate goal — helping the younger generation understand you are not defined by wins and losses.