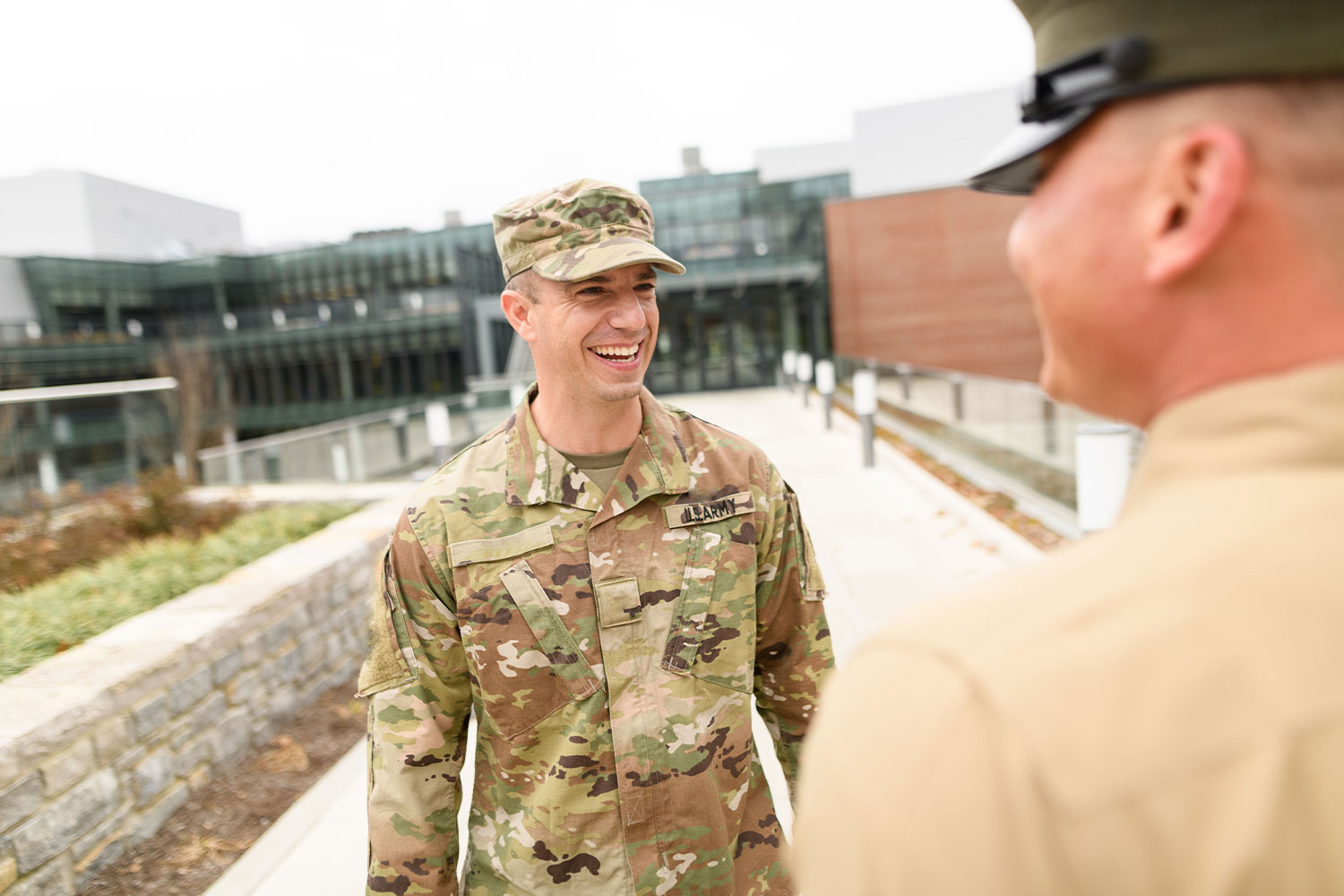 On Friday, April 15, the United States Army and the University of Kentucky College of Social Work (CoSW) will honor 24 graduating officers during a ceremony at Fort Sam Houston in San Antonio, Texas.

“As a land-grant institution, our commitment to armed forces education is codified via federal legislation,” Jay Miller, dean of the CoSW, said. “Our college is extremely proud — and honored — to actualize this commitment via our Army MSW program. These successful graduates are the embodiment of that commitment.”

In October 2016, the CoSW established a partnership with the Department of Defense (DoD) to offer a one-of-a-kind master’s degree.

A satellite site was founded within the Army Medical Department Center and School at Fort Sam Houston. The satellite implements the full-time, 60-hour CoSW program. The curriculum is delivered in a condensed format over 14 continuous months of study, and all classes are administered through the Joint Base San Antonio-Fort Sam Houston campus. The goal is to develop well-qualified clinical social workers to fill positions across military service branches.

“In a time of shrinking resources and personnel reductions, many military specialties are being reduced. However, the need for uniformed Army social workers has grown. As a result, the DoD continues to request the Army-UK MSW program increase the number of social workers we develop each year,” Dexter R. Freeman, assistant director of the Army-MSW program, said. “As the program continues to grow each year since partnering with UK, the need to expand our role as producers of military-focused research has also increased. Ultimately, adding value to our partnership with a R1 university such as UK.”

A reception will follow at the Army Medical Department Museum.

For more information about the Army-UK program, please visit the CoSW website.