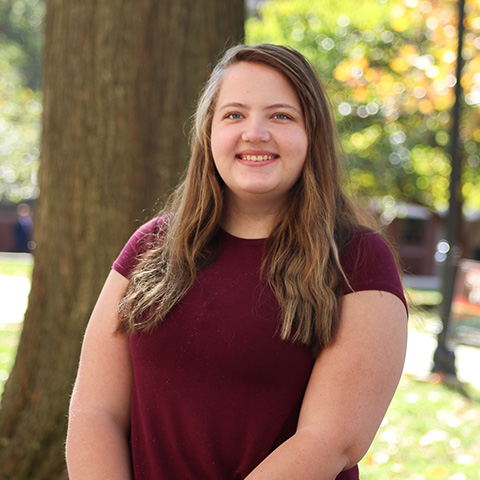 When Tamara Vest was just nine years old, her father and primary caregiver, died. Her mother, who had substance abuse issues, was not an option when it came to relocate. Instead, the courts gave her much older brother custody rather than placing her into foster care.

However, because of bad family history and an abusive household, Vest found herself wishing she had been placed anywhere but there.

“That was the most traumatic experience of my life. When I was 16, they decided they didn’t want to take care of me anymore,” Vest recalled. “Literally after school one day, they said they were taking me to a homeless shelter.”

Vest spent the next month at Arbor Youth Services, a shelter for children and teens, before finally being placed in a foster home. With her previous challenges aside, Vest faced new barriers in finding a home.

At the time of her foster care placement, a social worker told Vest that there was only one home in Lexington fostering teenagers, bringing into focus an issue that is hardly addressed. It seemed there was a lack of wanting to foster children once they reached young adult or teenage status.

Vest only stayed in the foster home just shy of a year. At 17, she decided to take part in an independent living program where she was provided her own apartment. She was provided assistance on paying rent, was given a grocery stipend and allowances. The only caveat was she either had to be in school full-time, working full-time, or be part-time for both.

And while it was a great experience that she enjoyed, there was a few things Vest wasn’t prepared for.

“I’ve always been the type that had my stuff together, so it wasn’t really hard for me. I enjoyed it,” Vest said. “But I will say though, it is hard because you don’t have support. I literally had to teach myself how to cook everything because I had never been taught that. I just had to teach myself everything.”

Once she turned 18, Vest had the option of leaving foster care or recommitting until she was 21. Fed up with having social workers and being in the system, she decided to strike out on her own. She began her college career at Bluegrass Community and Technical College, pursuing a degree in political science. However, she soon realized that wasn’t quite the fit for her.

Vest took some time off from school to find out what she should pursue, finally finding herself in the line of social work. With so many avenues to choose from in the world of social work, she knew one thing — she didn’t want to work in foster care and child welfare.

Originally wanting to work with people in poverty or changing policies to better help others, the last thing she expected was to be placed in a position where she would be advocating for foster care and child welfare.

While interviewing for the Fostering Success program, Vest met someone who was with Voices of the Commonwealth (VOC), an organization that advocates for foster youth. Vest was asked if she would be interested in telling her story about being in foster care as a teen and emphatically, she said yes.

But her work with VOC was more than just telling her story. She soon found herself doing work she swore she would never get involved in – foster care and child welfare.

“It’s way more than telling my story, but I’ve been able to learn everything about the child welfare system, how it works, and what we’re doing to change it. I’ve been able to put my voice in there saying, ‘Hey, this is what I think we need to do because I have had this experience,’” Vest said. “I’ve been to D.C., Orlando, all over the state of Kentucky. It’s the opportunity of a lifetime and hands down, the best job I’ve ever had.”

Now, Vest uses her personal experiences to advocate for children and teens who are in similar situations. Just recently, Vest was asked to speak in front of Kentucky legislators about the work being done within VOC.

In addition, Vest attends events where she interacts with foster youth, providing them with information about programs and resources, while also having fun.

“I want to do what makes me happy and I felt like social work was right for me. I want to be a part of foster care transformation,” Vest said. “Every time I do these events and every time I’m out advocating for foster youth; it just brings me happiness.”